Y’all, I tried to give my sex away last weekend.

Normally, I’m not a casual sex girl. And this isn’t because of some moral high ground. It’s because my yoni just does not blink an eye for 99% of the men I meet. She is just not easily or frequently impressed.

I’ve accepted that this as my lot in my life. However, me and the Mister have been on rocky ground for the past month (i.e. I pissed him off), and I needed release. She needed some strokes.

I gave this opportunity to three different men. And by gave this opportunity, I don’t mean I informed them that they were going to have the chance to have me. Moreso, I opened my mind to the possibility and conversed and flirted with them. ALL they had to do was NOT say the wrong thing. It was like those free weekends on Premium Channels. I wasn’t requiring any upfront costs, no flowers, 90 days, nada. All one of them had to do was push the right button by not saying or doing the wrong thing. Just manage to get from the phone to my front door. Dassit! 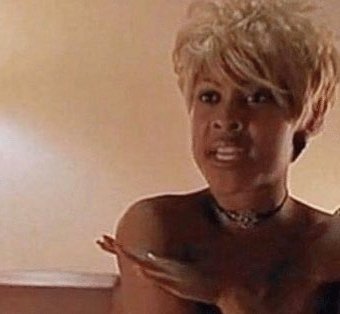 Candidate #1 – I met him off Tinder. Conversation was going well, even gave him my number. Like I said, I had an objective. We exchanged a couple of texts until he asked if I were a sapiosexual. I replied of course, who isn’t attracted to intelligence and ambition. His response: “I like nerds with big breasts.” The fuck?! What kind of unintelligent segue was that? The irony. 🙄 Ignored.

Candidate #2 – He was funny. He was attractive. A lot of sarcastic back & forth between the two of us, and y’all know I like that shit. He asked about my last relationship. I responded. He then asked “Did he fuck you raw?” What the fuck?! 😡 Hung up on and blocked.

Candidate #3 – This one didn’t actually say the wrong thing. His execution just wasn’t doing anything for me. We’d met before so I knew he was attractive, and I didn’t hide the fact that sex was a possibility for us. Unfortunately, once he heard this, he assumed it was a done deal and stopped trying to impress me. Men, until it happens, it is never a done deal. Your work is not over. He got too comfortable too quickly when he hadn’t done shit. 😴 Nah, playa.

This must be how HBO feels when they have a free weekend, but don’t end up with any new subscribers. Offer MFs premium shit at discounted prices and y’all still can’t afford it. 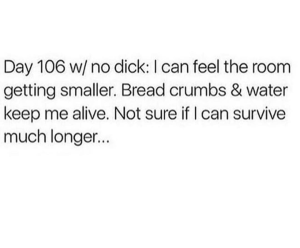 By Sunday, I’m even more sexually frustrated and angry in addition. So I had to send that bat signal to the Mister. And trust me, that African did not make my mea culpa easy. I have been putting him through it, and he’d had enough of my shit/craziness lately. He still came through, though. Eventually. I had to receive a scolding on my recent behavior first and then a lecture on things expected going forward.

Y’all…the feminist in me was nonexistent. My yoni must’ve swallowed her whole because now she was wide awake and offering no objections. Had my mouth replying, “Yes, Killmonger, whatever you say.” Just can I please have the D?

You know those ass whippings your mom used to give you when she beat the fuck out of you and yelled at you at the same time? “Didn’t *smack* I *smack* tell *smack* you…” That’s how he beat my ass with those strokes. I was apologizing and whimpering, saying “I’m sorry, daddy.” He humbled me. It was that kind of sex where there ain’t another man on this planet who could follow him. He is definitely the headliner. It was the Bruno Mars of dicks.

Anyway, that’s how I went from trying to reactivate my Hoeness to sitting my ass down somewhere in a matter of days. I don’t know why I thought I was going somewhere anyway.

One thought on “How I Failed To Hoe”

💁🏾‍♀️ Dafuq?
😢😢😢 RIP to these two beautiful souls and the others who lost their lives today.

My Flavors in Bite-Size